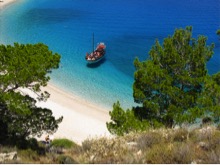 Mayor Brian P. Stack and Union City Board of Commissioners

I was born and raised in Pittsburgh, Pennsylvania, therefore, (no surprise!), and a huge Pittsburgh Steelers Football Fan! As of September 2020, I will be in my 28th year of teaching. Since 2001, I have been teaching 4th grade, and I absolutely love it! Though school expectations take a big leap forward in this grade, I am always amazed at the students' determination to succeed and their growth as more mature learners. I am proud to state that my entire teaching career has centered around inner city school districts – Student Teaching in Kearny, NJ; three and half years in Weehawken, NJ; and the rest in Union City, New Jersey since 1995. I am extremely proud of my Greek heritage that has made me appreciate so many others’ cultures and contributions within our society. At the same time, I am very proud to be an educator in Union City – a district that offers so many programs, services and educational achievements to our diverse group of students and teachers. I have teaching experience in 2nd, 4th, 6th and 7th grades. Every September I look forward to the challenge of a classroom filled with new, unique and special students. I have high expectations from every student. Every child is extraordinary to me as I work tirelessly to reach and maximize each child’s potential in the classroom.

*During our distance learning, please email me at: jlogothetis@ucboe.us

ALL STUDENTS ARE EXPECTED TO BE RESPECTFUL, RESPONSIBLE, ORGANIZED AND ALWAYS TRY THEIR BEST!

READING IS POWER!!! Every student is expected to be reading every night!! There are class novels, book report books, current event articles, etc.

MATH FACT POWER!!! Every student should have developed an automatic recall of the basic addition, subtraction, multiplication and division facts prior to entering fourth grade.

Planners: Students are responsible daily for writing down their own homework in their planners from the board.

Home Folders: The Home Folder goes home and comes back to school everyday. One section is for important notices for Parents; the other section contains important papers for students.

Signed Folders: Every few weeks, a “Signed Folder” may be sent home with graded tests and assessments for Parents to review and sign each one. This will give Parents an idea of concepts and skills taught with some of their child’s grades as well to view their progress. This folder must be returned by the following school day with all its contents signed.

How to connect Schoology to Google Drive (13 EASY STEPS)

Students! How to access your teachers zoom room in Classlink (2)